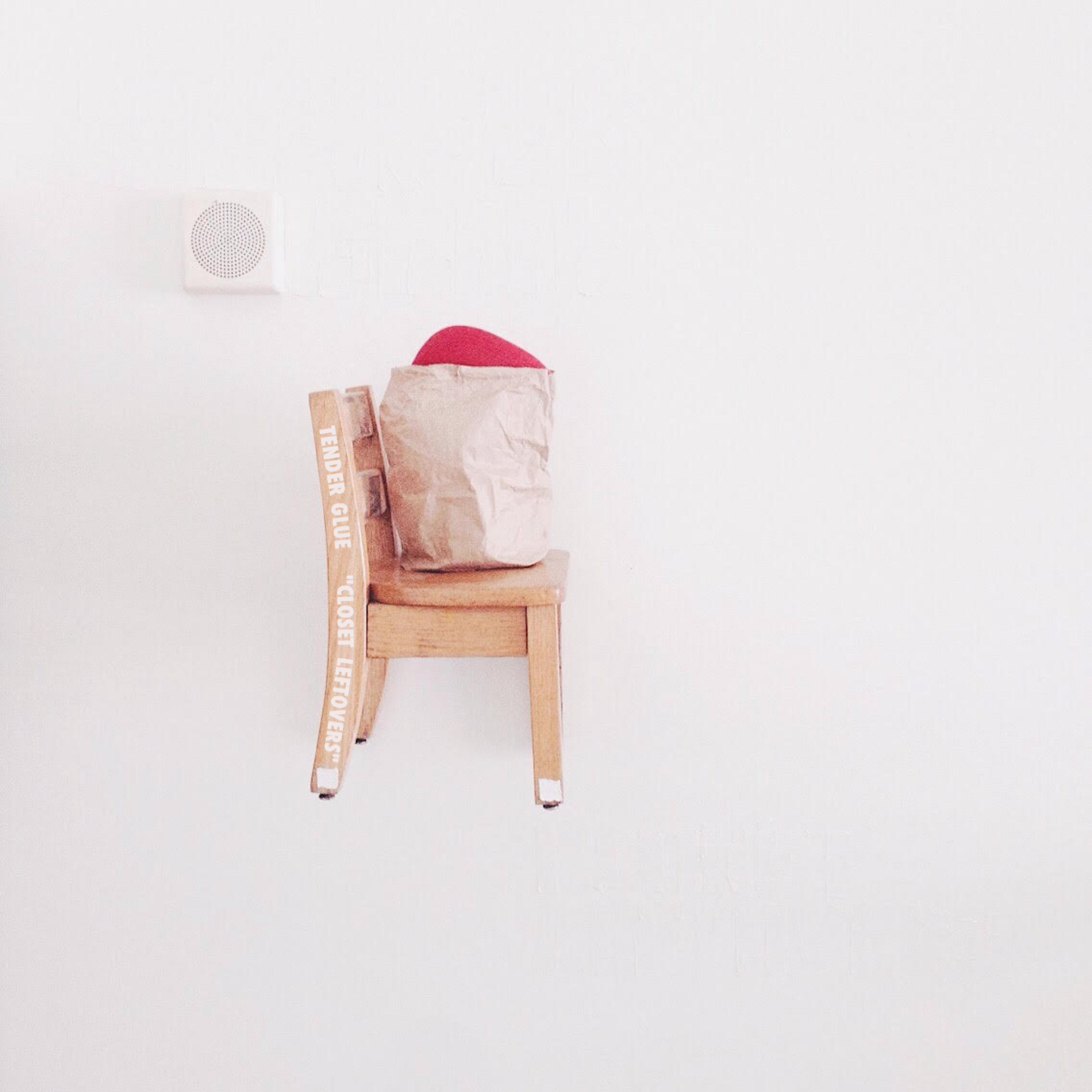 I’ve said it before about previous album, and I’ll say it again: “Closet Leftovers” may not be perfect and polished but it came from the place where no one can put down.

“About two years ago, I moved from Brooklyn to Manhattan, after getting an opportunity to live in affordable housing. When I saw the studio apartment that I got, there was this closet that I immediately envisioned making a little recording studio, which was actually a bad idea, but I was too stubborn to change it since I already decided the album name was going to be called “Closet Leftovers”. Before I even started recording, I already made an album cover which is a picture of a little chair that I screwed into my wall and put my red hat in a doggie bag on top of the chair. I also put white duct tape with the name of the album and Tender Glue, which ended up invisible since I manipulated the picture with exposure afterwards. But if you look closely, you can still see it. It took almost the whole day to take that picture. So now about the recording and why it was a bad idea: Not only can you hear the high pitch static noise and interference in the monitors, you could also hear everything going on including the dishwasher or cell phones. I had to sit on the floor with the mic close to the ground to record vocals because it was the only place that the mic wouldn’t pick up those noises, which I later realized was caused by the electric panel and all the wires that were next to the closet. I tried different options to eliminate the noise but nothing worked.
Sometimes it could get claustrophobic and the lack of air didn’t help either, but my vision for the album kept me going.” – Tom Gluewicki